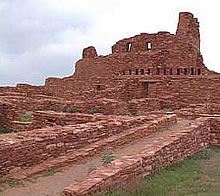 East of the Manzano and Sandia mountains lies Torrance County, one of the state's top-10 agricultural producers. While farming and ranching are traditional livelihoods, the economic base has changed over the years with population increases. A growing number of Torrance County residents commute to Albuquerque or Santa Fe for jobs, and live in newly developed subdivisions. During the 1990's Torrance County posted the highest growth rate among counties, at 64.4 percent. In more recent years, the county's population has seen some decline, decreasing by 5.5 percent since 2010. About 95 percent of residents live in the county's western half. Torrance County also includes four Mexican land grants.

Torrance County, which lies in the geographical center of New Mexico, takes in the Estancia Valley (an ancient lakebed) and the rolling High Plains. To the west are the Manzano and Sandia mountains.

Between 1100 and 1500, early occupants built massive pueblos that became trade centers. In the 1600s, Spanish priests built missions at the largest pueblos of Quarai, Abo and Gran Quivira. In the late 1670's, after years of drought, Apache attacks and epidemics, forced pueblo people to move to the Rio Grande. The Spanish Governor issued a grant in 1819 to Bartolomé Baca for one-million acres. Torrance County was created from an eastern section of Valencia County in 1903, and named for Francis J. Torrance, one of the promoters of the New Mexico Central Railroad. 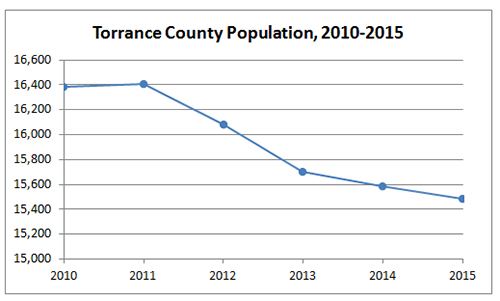 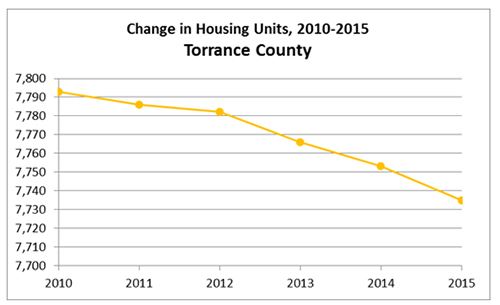